How to Identify Your Target Market and Ideal Customer Profile

How to Know If You Need a Business Consultant

A weekly discussion for marketing professionals in small and midsize companies looking for strategies and insights to grow their businesses.

The Potential Perils of Tying Your Brand to a Celebrity 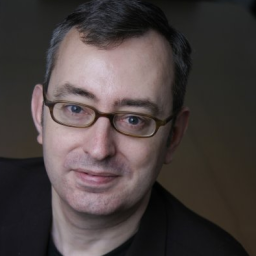 It’s Super Bowl Sunday. It’s the biggest advertising night of the year. Ad air time alone is probably the most expensive in the world.

It’s where Apple introduced us to the Macintosh back in 1984, where Budweiser had us all saying ‘wassup’ in 2000, and where this year John Travolta had us TikTok dancing for ScottsMiracle Grow.

2021 also saw Jeep go all out with something that had been formulating for years. “What you see today really is a 10-year story in the making,” Auto marketing executive Olivier Francois told CNBC. They had ‘The Boss’, Bruce Springsteen, who has been notoriously difficult to secure when it comes to brand endorsements, promote Jeep and its brand values. That’s one heck of an achievement. From what I have read ‘The Boss’ didn’t just appear but was responsible for writing the music and tweaking the script to make sure it had his voice.

I point out to clients that when a celebrity supports a company or charity you are aligning two brands. Damage to one risks damage to the other which means doing your due diligence on both sides.

There are various things that a celebrity can do which can damage a brand. Act against brand values, be found guilty of a crime, or even be investigated or publicly castigated in the court of public opinion for allegations such as those made by the ‘me too’ campaign.

The estimated airtime cost to Jeep for their Super Bowl ad is in the region of $22m and that’s before production and artist fees. It initially had 24m YouTube hits after its Sunday launch. According to CNBC “That’s roughly four times more than the combined viewership of other automotive Super Bowl ads from General Motors, Toyota Motor and online car seller Vroom”.

In a social media world, you don’t want it to be a blink and you miss a moment. You want it to be so talked about that people are Googling it and watching it online.

By Wednesday, the ad had disappeared online. The reason? An alleged DWI arrest of Springsteen.

The irony is that it is unlikely that a prosecution will succeed since he blew 0.02 when the legal limit is 0.08.

Whilst a ‘morals clause’ may often exist in an ‘ambassador’ contract I would argue that merely being accused of a crime, even if charges are filed, isn’t sufficient to be seen to be a breach since there is a legal presumption of innocence. That means Jeep can’t quickly recoup fees and may not have a claim for the much wider costs.

For Jeep, the problem is in having someone who had a drink, legal or not, before driving. The coup of getting The Boss, the coup of making an ad everyone is talking about, has been lost because of an alleged DWI. Pulling the ad from social media says it all.

I believe that the alleged DWI incident happened back in November whilst the commercial was shot in January. Maybe Jeep has a claim but suing is not going to recoup the projected brand positivity, it’s an incredibly difficult number to calculate. They have quickly reduced brand risk but have spent considerably more than a dollar a view online. What’s worse, it’s become a one-hit-wonder, just like the pre-internet days, when an ad had no online durability.

Prior to my current role, I was a talent agent at a leading UK agency. I once represented a high-profile individual to promote a brand. The deal was done, the dates were set. Then at the last minute, the client was charged for a crime of which they were subsequently acquitted. However, it was front-page news so we agreed on a kill fee since media interviews were part of the deal and the media was never going to talk about the brand. This is another of the risks, that an individual does something potentially criminal, or socially unacceptable, which has nothing to do with your product or brand.

I was working for a cancer charity and we needed the support of high profile chefs but had to avoid one because he was a Patron of a pro-smoking lobby.

If you want a more prominent US example just look at Lance Armstrong and his sponsors.

I could mention many more examples but the moral of this tale is that you should do thorough research before engaging a celebrity ambassador. Don’t just do a quick Google search but look through their social media posts, they can come back to haunt you at any time, as Mandalorian’s Gina Carano can, most recently, testify. Check any public database to which you have access. You won’t always know what is coming, as Lance Armstrong’s sponsors didn’t, but you have to accept the risk.

Spend the time doing your research and I don’t just mean in terms of brand/market alignment but in any statement, your potential ambassador has made that is contrary to your brand and its values. It’s no guarantee but will mitigate the risks. This is time-consuming but can be done by more junior staff and not as time-consuming as the time it can take to put a deal in place, which requires more senior staff, and then execute the project.

There are the costs of course, not just fees, but staff costs in making it happen, possible agency fees, and production costs (posters, ads, video), even if it’s just a social media post. Most of all there’s the PR costs, not just in cash terms but brand perception.

A lack of due diligence may lead to, at best, wasted expenditure and at worst expensive crisis PR and potential brand damage.

Star ambassadors are great and can turn a product into a household name – just ask George Foreman and the 100+ million sales of a grilling machine designed and originally sold by Michael Bohem of Illinois – but know the risks and minimize them as much as possible.

Julian Beynon (celebrityconsultant@gmail.com) is a consultant specializing in helping organizations maximize the value of celebrity support, whether they're influencers, artists, or athletes.

Finding the Right Team for Your Start-up

What Are Results-Only Work Environments (ROWE)?